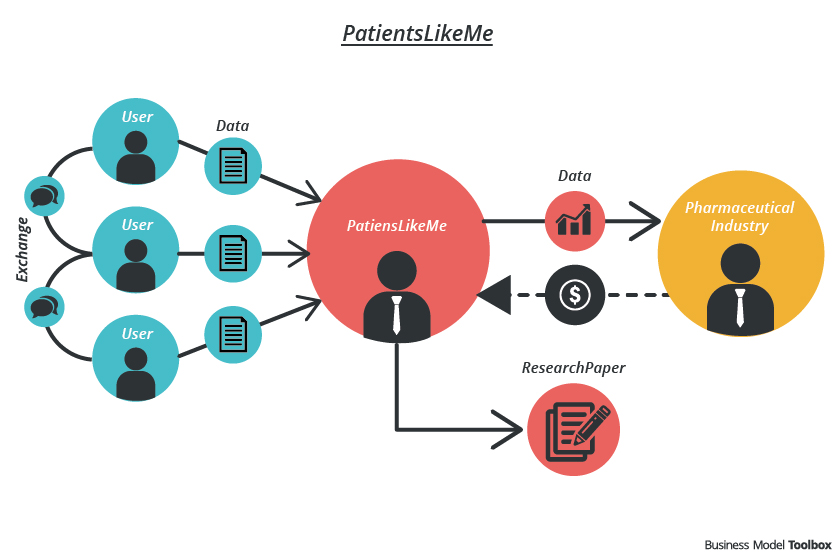 PatientsLikeMe is an online platform that enables people with life-changing diseases to connect with others and to share data and experiences and contribute to medical research.

PatientsLikeMe was co-founded by Benjamin Heywood, James Heywood and Jeff Cole in 2004. They were inspired by their brother Stephen Heywood who was diagnosed with ALS in 1998 at the age of 29. The search for ways to slow the disease, improve his life and created a health data-sharing platform was their objective.

Currently the platform has more than 830.000 members and covers over 2900 conditions. The goal is to improve the lives of patients by applying knowledge derived from real-world experiences and outcomes, shared on the platform. The future goal is to have a self-learning healthcare system. In 2014 they announced their first broad partnership with Genentech, a biotechnology drug company bought by Roche in 2009. Genentech gets access to the full database for the next 5 years. In 2019 the company was acquired by UnitedHelath Group; in 2020 it began operating as an independent company backed by a UnitedHealth Group affiliate company, Optum Venture’s.

PatientsLikeMe was named one of 15 companies that will change the world in 2007 by CNN Money and Business 2.0. In 2012 it was named One of the 50 Disruptive Companies by MIT Technology

Value Proposition & Customer: PatientsLikeMe offers people with life-changing diseases to connect with others who have the same disease and share their experiences. Members can enter data on their condition over time, treatment history, side effects, mood, quality of life and other details and visualize them.

Mission & Value of the platform is to help patients answer the question: “Given my status, what is the best outcome I can hope to achieve and how do I get there?”
They call themselves a „for-profit company but not one with a just for profit mission“. Their core values: putting patients first, promoting transparency (“no surprises”), fostering openness and creating a “wow.”

Organisation: PatientsLikeMe has an own in-house research team that publishes many research papers. 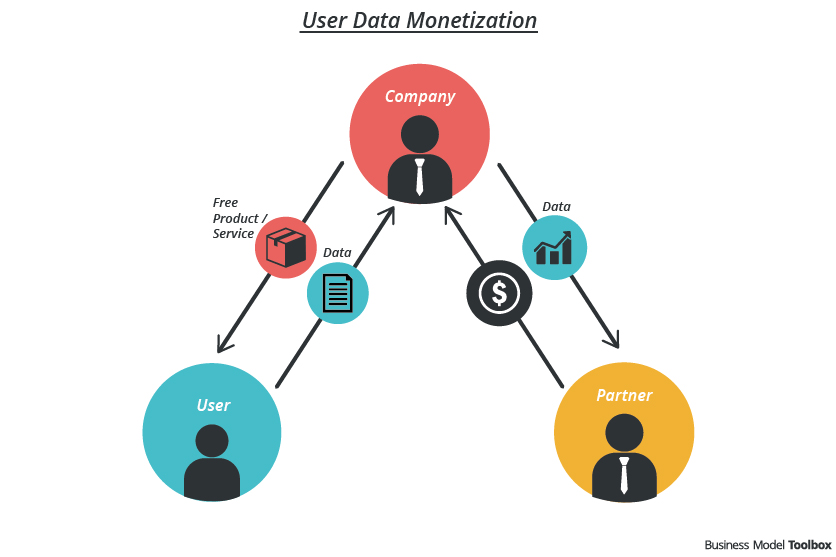 Choosing the right and trustful industrial partners to sell data to

Choosing industrial partners which truly operate in the patient’s best interest, and not those which simply have the largest budget to finance the platform

CNN Money and Business 2.0: 15 companies that will change the world

Back to Companies & Stories